Open: Welcome to another addition of the Hawks Playbook Podcast, your primary source for Seattle Seahawks information and smart football talk.  In today’s show, Bill Alvstad and Keith Myers go over the extremely frustrating loss to the Washington Redskins this past Sunday. Seattle could not overcome 16 penalties (10 on Offense), 3 missed Blair Walsh field goals and a breakdown in the defensive secondary in the final two minutes of the game. And that really only tells part of the story.

In a very short week, we have to throw out this game as quickly as possible and Bill and Keith help you do that by our look forward to a road game vs the Arizona Cardinals on Thursday Night Football.

The Seahawks problems in this game went well beyond the three missed field goal attempts by Blair Walsh, all wide left. While it is easy to pin this loss on him after losing by 3 points on Sunday, there were many other contributing fractures that contributed.  Look no further that the 16 flags the team was penalized. 10 of those came against an offense that was struggling all game, and just when it looked like we could build on something positive, a false start, or holding penalty would set us back. They were simply drive killers in this game.

And while the defense did make things difficult for the Redskins offense, at the end, with just over a minute to play in the game, the defense failed badly, allowing two big throws and a run in from the one-yard line to give away this game. For 59 minutes, they held Washington to 10 points and 154 yards. But two bombs of 39 and 38 yards against our vaunted secondary took away another legendary 4th quarter comeback from Russell Wilson, who had found Doug Baldwin for a 30-yard TD catch just one minute before, to take the lead.

The Seattle Seahawks face off against division foe the Arizona Cardinals on Thursday Night Football.  This short week is probably the best medicine for a team that just lost in its worst performance of the season.  They will need a quick turn around to beat a 4 and 4 team on the road right now.  The Cardinals are obviously without Carson Palmer at Quarter Back. But the Seahawks will still face a prideful bunch, as we just saw first hand in the Redskins.

The Cardinals are just coming off a 20-10 victory on the road vs the 49ers. Drew Stanton is their quarterback, and the resurgent Adrian Peterson is taking handoffs. In typical fashion, the Seahawks objective in this game is to take away the ability of the Cardinals running game and force them to put the ball in Stanton’s hands to beat you.

Seattle should be a focused, yet angry team heading to the desert this week. I look for the entire team to bounce back this week. Wilson should get back on track, the defense should be able to hold Peterson down, and cause Drew Stanton to be……well, Drew Stanton.  Winning isn’t easy in the NFL and on the road against a division rival is always harder than it should be. But look for the Seahawks to respond to adversity in a positive way and take it to the Cardinals on the road.

Close: Thanks so much for listening to the show. Please remember that all of our shows are available for download and can be found on www.seahawksplaybook.com or on ITunes and BlogTalkRadio.  We will see you back here at this same spot next week! 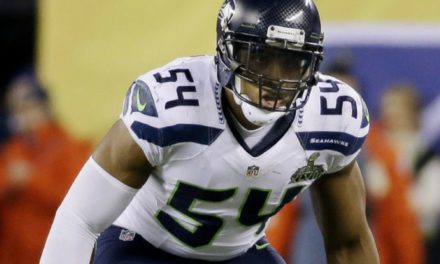 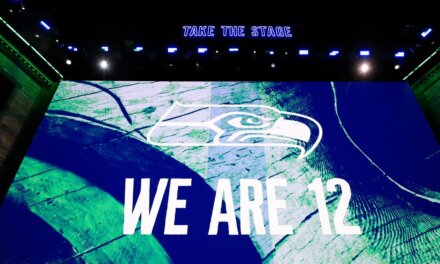