Open:  Welcome to the show Seahawks fans! Well, we’ve had our first preseason game of the season, and what a game it was!  A very convincing 48-17 win in Los Angeles (Setting an NFL record for points scored on the road in a preseason game).  More than anything, this game showed us that the Seattle Seahawks have great depth this year and the cut down to the 53-man roster is going to be extremely tough.

Let’s talk what went right and what went wrong in the Sunday night matchup where Seattle was the clear winner from any metric.  Let’s first look in depth at the offensive line play. This is an issue that most Seahawks fans are interested in, and Keith has taken the time to review the line play with extra film review and he tells us what he saw…. The Good, The Bad….and the Not Terrible.  Next, we will go over the play of some of the players that stood out on Sunday, and who can do better next time we play…which is Friday!  Towards the end of the show, we will preview this week’s game against the Minnesota Vikings, the first preseason game at home in Seattle.

Here are the Sap counts for the Offensive Line per Bob Condatta at the Seattle Times.

Kasen Williams: 4 jumping, twisting, fighting grabs for the receiver. Pete Carroll said this about his game: “Wow. What a great night,” Carroll said. “That was really fun to watch. He had three great plays. And then he had a better play with taking the ball away from the defender. He showed what he was all about. That was really impressive. “I loved his game tonight. He lit up our sidelines. Not because it was one or two, it’s because it was four big substantial plays.”

Trevone Boykin: 12 for 15 passing for 189 yards, a touchdown pass on fourth and goal to Kenny Lawler in the second quarter, plus four carries for 31 yards and another first-half TD including a scramble for 23.

Cyril Grayson: Outran one pass he was targeted on, which resulted in a Boykin interception, but the other target, in the back corner of the endzone was a masterful catch to highpoint the ball to beat the defender……but he just missed stepping down with his second foot, and the would be touchdown did not count.  That does not discount that it was a fantastic catch.

Michael Wilhoite: Seattle looks to have a competent Strong side linebacker starter in Wilhoite, and a nice backup to Bobby Wagner in him as well.  Terrence Garvin also looked good tackleing and on the tip interception from Wilhoite returned for a touchdown……but Garvin also allowed his receiver to get behind him for a big play touchdown as well…..Blame also goes to Rookie Safety, Tedric Thompson.

Passing: Quarterback Sam Bradford played three series in his preseason debut in Buffalo, completing five of seven passes for 35 yards but was sacked twice. Bradford and the first-team offense will likely get more playing time against the Seahawks as the preseason ramps up. Backup Case Keenum performed well in his Vikings debut, going 11-of-16 passing for 121 yards while leading a pair of scoring drives. Taylor Heinicke completed three of eight passes in his first action in almost two years. He threw a touchdown and an interception. Seattle’s Russell Wilson played just one series against the Chargers, completing three of four passes for 41 yards. Second-team quarterback Trevone Boykin was 12-of-15 passing for 189 yards with a touchdown and interception, and Austin Davis completed seven of his nine attempts for 108 yards.

Rushing: Vikings rookie running back Dalvin Cook had five carries for 13 yards in his team debut last Thursday. Rookie Terrell Newby led Minnesota with 12 carries for 26 yards. C.J. Ham had a 2-yard touchdown run. Bishop Sankey had four carries for 14 yards but was injured. Minnesota signed running back Bronson Hill on Saturday. Seattle had nine different players run the ball Sunday against the Chargers. The Seahawks totaled 133 yards on 36 carries and scored four touchdowns. Former Green Bay running back Eddie Lacy had four carries for 10 yards. Both Minnesota and Seattle ranked in the lowest tier among rushing attacks in 2016. The Vikings were last in the league with 1,205 yards. Seattle was 25th overall with 1,591 yards.

Close: Thank you for listening to the show. Be sure to follow us on social media to get key insights on daily team activity, and subscribe to our podcast on ITunes, or find the show on the website, www.seahawksplaybook.com.  You can find Keith on Twitter @MyersNFL, and Bill is @NWSeahawk. 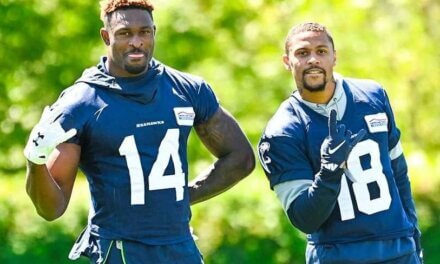 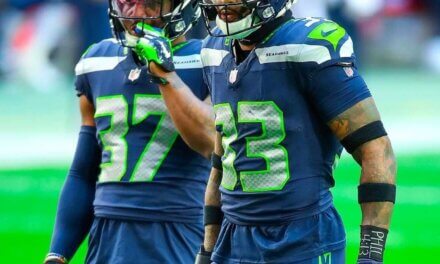 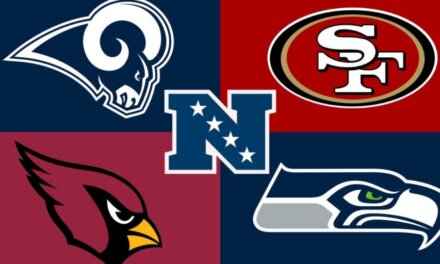