EPS 41: Seattle Seahawks Let One Slip Away in Jacksonville

Open: Welcome again to the Hawks Playbook Podcast and join your Hosts, Bill Alvstad and Keith Myers on the previous game run down, and a look forward to our home game vs the Los Angeles Rams, in a critical NFC West showdown.  In many ways, both Keith and I view this next game as a must win game, in order for the Seahawks to control their own destiny, and create the easiest path into the playoffs…… A division title and a home playoff game.  But, first things first, let’s look at some news items, and a look back to the loss in Jacksonville.

Featured Segment One: Seattle drops crucial game on the road in Jacksonville

As Keith and I discussed in the show, I said, “We are a team that sometimes plays great, but we are not a great team”.  I think this is true because of our inconsistency this season, and by losing so many key players to injury.  We are inconsistent and undisciplined, which as a result has limited our margin of error in games to virtually nothing. With that said, in a mostly disaster of a game, as Keith pointed out, we were able to be in a position to win, or at least take the lead with 2:30 left to play in the 4th quarter.

Featured Segment Two: Seattle faces the Rams at the Clink

Seattle now plays in its most significant game of the season so far when it faces the Los Angeles Rams at home for sole possession of 1st place in the division.  The importance of this game can not be understated. Winning this game gives us the tie breaker over the Rams, puts us in 1st place and in the driver’s seat in the march towards the playoffs.  If we lose this game, we fall two games behind the Rams, making winning the division highly unlikely, and we would have to depend on another NFC team to lose (most likely Atlanta), to get into the playoffs…. even if we were to finish the season with 10 wins.

As far as the Rams are concerned, this is their most important game of the year as well.  They can all but wrap up the NFC West by winning this contest, and believe me, they will be coming into Century Link highly motivated to do just that.  Does Seattle have the emotional strength to compete at the highest level with a division foe who wants to knock them off?  Stay tuned!

Close:  Thanks so much for listening again to the Hawks Playbook Podcast.  Make sure to listen next week when Bill phones in to the show from Sunny San Diego and Keith takes the reigns! Let’s hope we can talk about a win!  See you next time. 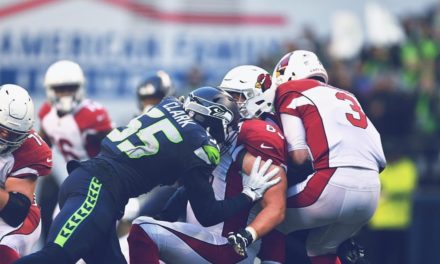 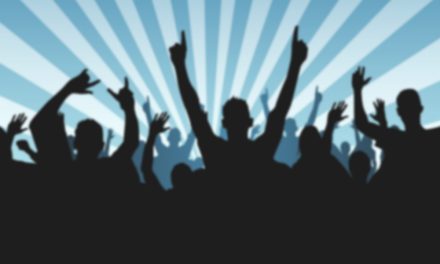 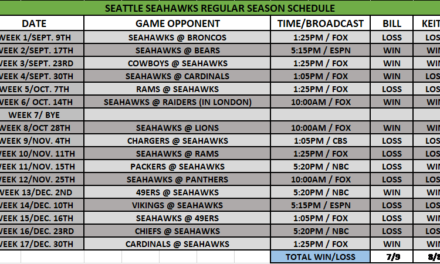