Open: Today’s podcast focuses on the Seattle Seahawks coaching staff. There are currently 26 coaches on staff, ranging from Pete Carroll as head coach to Jamie Yanchar, the assistant strength and conditioning coach.  Although there are 26 coaches, Bill and Keith spend the better part of the hour-plus show discussing the guys at the top of the Seahawks coaching chart.  For a review of all the Seahawks coaches, please check out the Coaching roster over at www.seahawks.com where if you click on each coach’s picture, it will link to their full bio page.

Before we start with the featured segment, we spend a few minutes to talk about some of our upcoming shows in the month of July.  The highlight of which will be our homebrew show.  Keith and I have wanted to do an out of the box fun show for a while now, and what better time to do it than the month of July, and before the season really gets in full swing.  We currently have it scheduled to record in mid-July, so be sure to look for that show when it comes out. It’s sure to provide a few laughs.

Pete Carroll: Keith and I review Pete’s tenure with the Seahawks, beginning with his arrival in 2010 Where Carroll came from a very successful program at USC, and became the Head Coach and President of Football Operations.  In his first year, Pete and John Schneider, hired as Seattle’s General Manager to work hand in hand with Carroll, had well over 200 player personnel transactions to begin to rebuild this team in his image: a Defense first mentality with a strong run game and ball control offense.  Seattle went on to win its first playoff game in the Pete Carroll era, after going 7-9 in the regular season, it beat the Previous Super Bowl Champion New Orleans Saints at home, led by a stellar game by Matt Hasselbeck and the now infamous Beast Quake run by Marshawn Lynch.

Darrell Bevell: Bill and Keith discuss the often hated, but also misunderstood offensive coordinator of the team since his arrival in 2011.  Bill makes the case that Bevell is actually the perfect scheme fit for Pete Carroll.  Pete demands an offense that is run first, and that it’s quarterback does not turn the ball over.  Pete wants the most efficient offense in the NFL, and Seattle has been very good at that during Bevell’s time here.  While this formula is at times frustrating with fans, it has proven to be a winning formula.

Tom Cable: Tom Cable was hired by Pete Carroll a year after Pete first arrived. Cable came from being let go of his head coaching position with the Oakland Raiders. Pete gave him an opportunity to be the Seahawks offensive line coach and he’s been in that capacity since.  For a multitude of reasons, Cable takes the fall for the underwhelming play of the offensive line since at least the 2013 Super Bowl Season. Cable should be responsible for his lines lack of consistent play, and many factors contribute to this. Schneider has played a part as well, by not spending the money on quality free agents when they have been available, and has not retained serviceable players in favor of cheaper talent via the NFL Draft. Up until this season, for Cable’s part, he has been too involved in personnel decisions and allowed to convert too many defensive linemen to the offensive line. Those experiments seem to be over for now, and Cable was not allowed to have a direct hand in acquiring Ethan Pocic in the 2017 draft.  Time will tell if this season’s version of the Seahawks offensive line will become effective.  For now, Tom Cable has the confidence of Pete Carroll, and in the end, that’s all that matters.

Kris Richard: Richard is Seattle’s defensive coordinator.  He took over in 2015 after Dan Quinn left the same position to become the Atlanta Falcon’s head coach.  Richard is not as aggressive as Quinn was, but he is equally adept at calling superior defensive calls and allows his players like Bobby Wagner, Kam Chancellor, Richard Sherman and Earl Thomas to play to their strengths. Richard has done a solid job in his time with Seattle. A former Seahawks cornerback and USC alumni, Richard also spent several years as the defensive backs coach.  Keith points out in the show that it was Richard who coached up Richard Sherman as a very raw rookie, into a highly competent corner by the end of his first season.  Kris Richard’s time in Seattle may be short-lived, as he is already getting consideration for head coaching positions in the league.  He interviewed for the Buffalo Bill’s head coaching position this last January, and while he was not selected, it shows how well thought of Richard is around the league.

Keith and I just simply ran out of time to discuss the remaining coaches on the staff.  We may do another podcast at another time to go over some of those guys, but until then, head over to the Seahawks website (linked previously), and check out the coaching bios.  It’s a very competent group. A Championship caliber coaching group.

Close: Thanks for listening again.  If you are a new listener or have not had a chance to listen to our other shows, we have them all posted on our www.seahawksplaybook.com website.  A lot of the shows contain lots of evergreen content, so you can still listen to prior shows for great content.  You can find Keith on Twitter @MyersNFL and Bill on Twitter @NWSeahawk.  The show can be found on Twitter @hawksplaybook, on Instagram @HawksPlaybook and on Facebook as well.  Look us up and send us comments and feedback, please.  Thanks for listening, see you next week!! 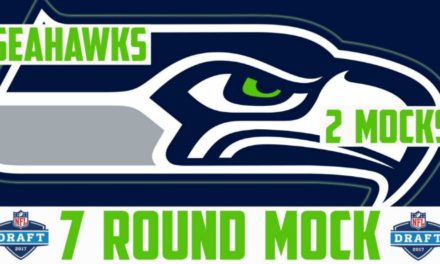 Seahawks Playbook Podcast Episode 172: Covid-19 and the Impact on the 2020 NFL Season 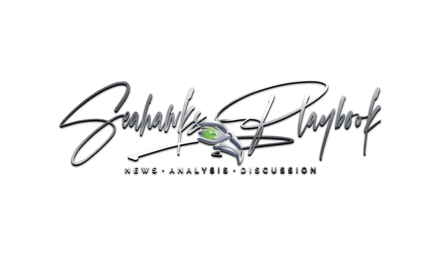 Episode 230: Special Guests George and Sami Jarjour from The Sports on Tap Network